To Tikal And Into The Peten

Posted on June 3, 2013 by Anita @ No Particular Place To Go Leave a comment

We set off from Chetumal, Mexico, for Guatemala via Belize on a bus that was a typical turistico affair: cramped seating for twenty-two (thin) passengers with the luggage roped on top and valuables in your lap. 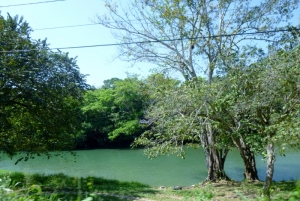 We started with twenty-one, lost four at the Mexican border due to an exit fee dispute, and thirteen departed in Belize City. The last leg of the journey was completed with a Dutch couple. The bus had flow through ventilation, sagging, tired seats and a top speed of about 50 mph. Drifting through the countryside we saw small towns and isolated homes, countless chickens, goats, pigs, a few cattle and fewer horses. It was enjoyable simply watching the world go by. After about four hours of watching the foothills draw closer and then climbing into them we came to El Remate – a small village at the east end of Lago Petén Itza’. It is a quiet place with a few hotels/hostels and some excellent artisans working with the native woods creating items for the tourist and export markets. This niche market provides a viable alternative to the destructive and uneconomical slash and burn agriculture. 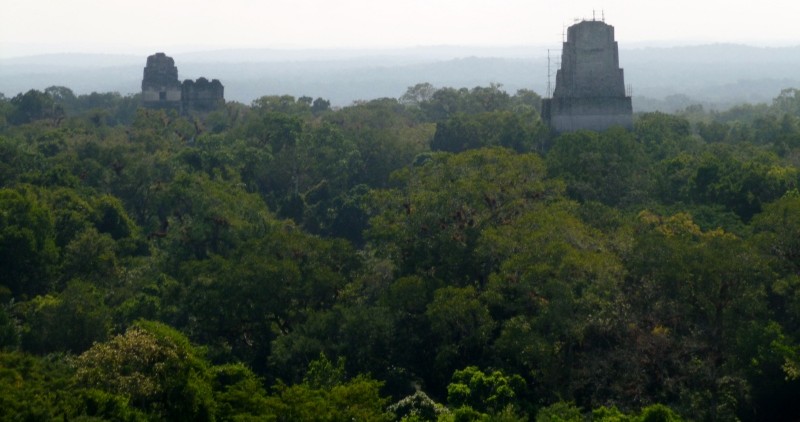 Temples in the midst above the forest canopy

The following morning we were waiting in the dark at 5:30 AM for the collectivo; we would be in Tikal for sunrise. But the dawn did not break that morning; the clouds were low and there was mist in the air; the light simply slipped in upon us. 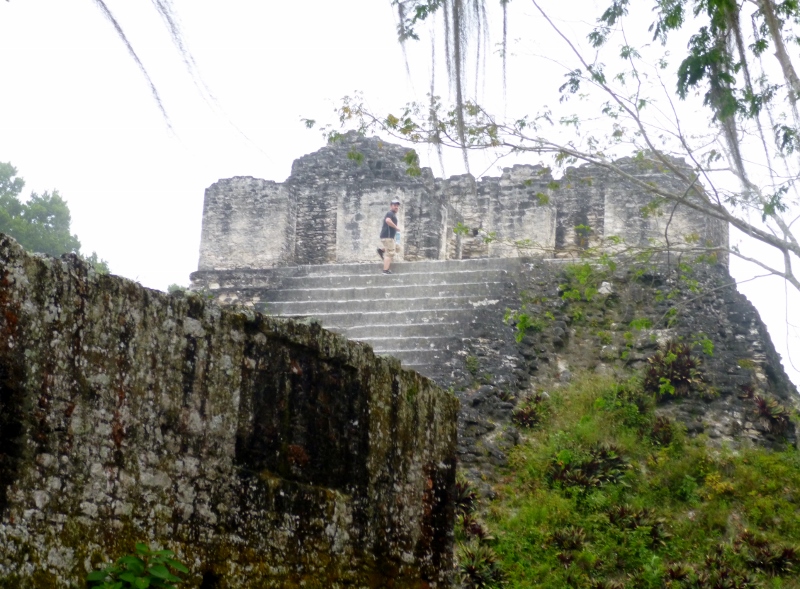 After a lengthy walk from the entrance we approached the Gran Plaza from the back side and glimpsed the King’s Pyramid though the trees. 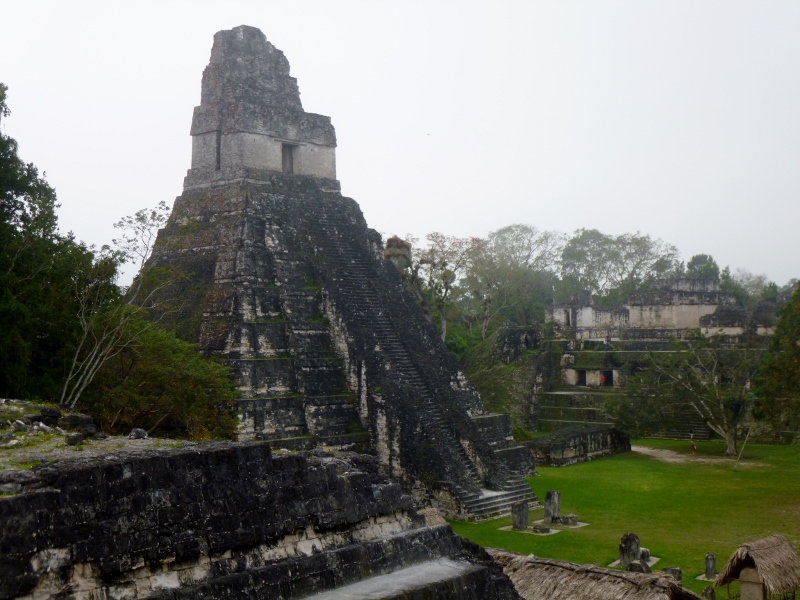 The mists gave the ruins a surreal quality which fitted well with the thick, damp, verdant surroundings. By mid-morning the sun had burned through and the day turned hot and humid.

Tikal is one of the largest Mayan sites; it was the military, religious and artistic center of a vast region of the Mayan world with extensive alliances and commercial interests.

It is located in the foothills of northern Guatemala in what is now a national park replete with native wildlife. There are an estimated 3,000 structures in the Tikal complex, although only a fraction of them have been excavated. Not surprisingly, Tikal is designated as a UNESCO World Heritage Site.

While in the Petén we visited the island city of Flores, a flourishing town given over to the delight of the tourist. It’s as quaint as quaint gets; a small colonial town connected by a short causeway to the surrounding mainland around Lagos Petén–Itza’.

It was well worth an afternoon’s outing to wander about the narrow streets and the embarcadero checking the shops and restaurants. 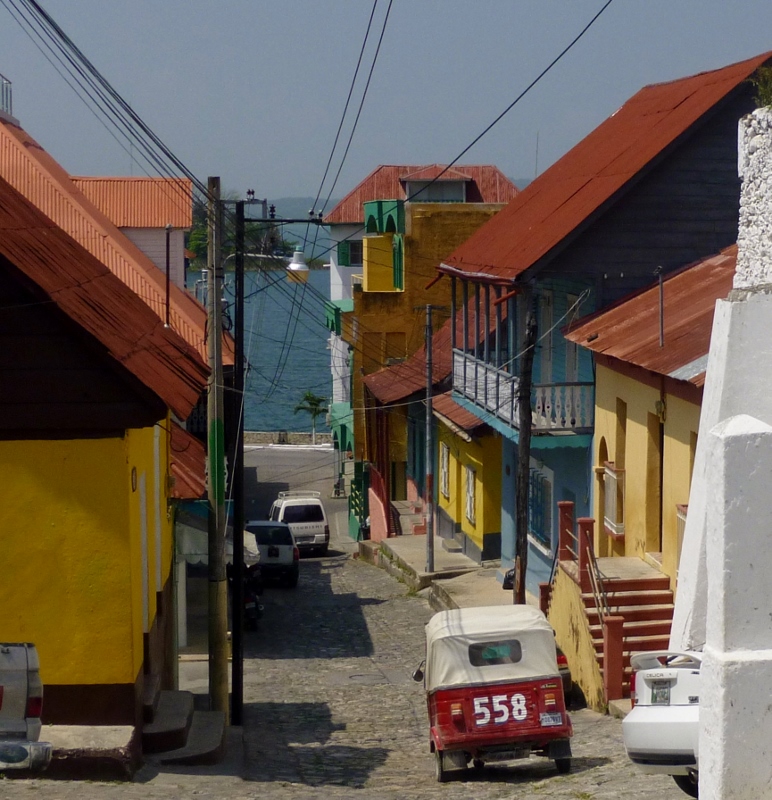