We arrived in La Antigua, Guatemala, a UNESCO world heritage site, after a nine hour overnight ride on a double decker bus. 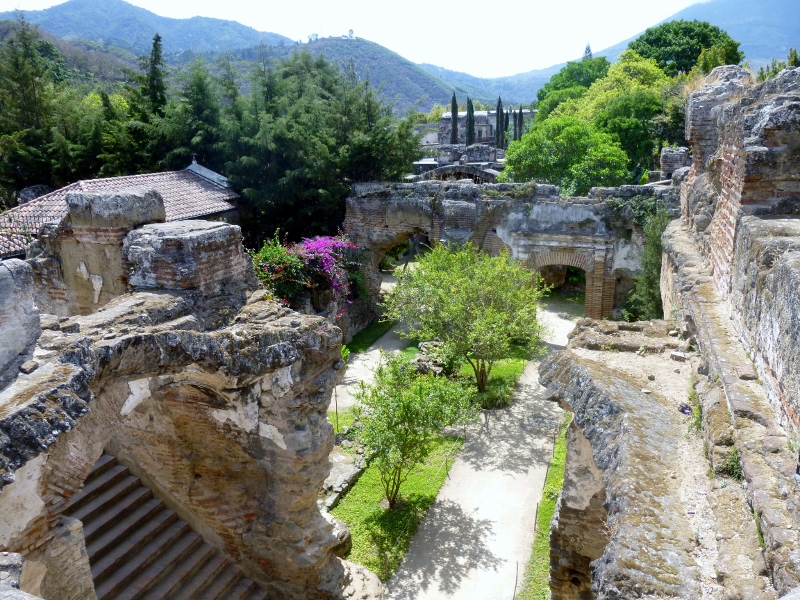 The ruins of Templo San Francisco

The city is absolutely, stunningly quaint and picturesque filled with well-preserved Spanish Baroque architecture and the ruins of Spanish colonial churches (destroyed by both time and recurrent earthquakes), many dating back to the sixteenth century.

On the horizon, surrounding the city, loom three large volcanoes: Volcan de Agua, Acatenango (last erupted in 1972) and Volcan de Fuego, which is constantly active at a low level with steam visibly venting many days. 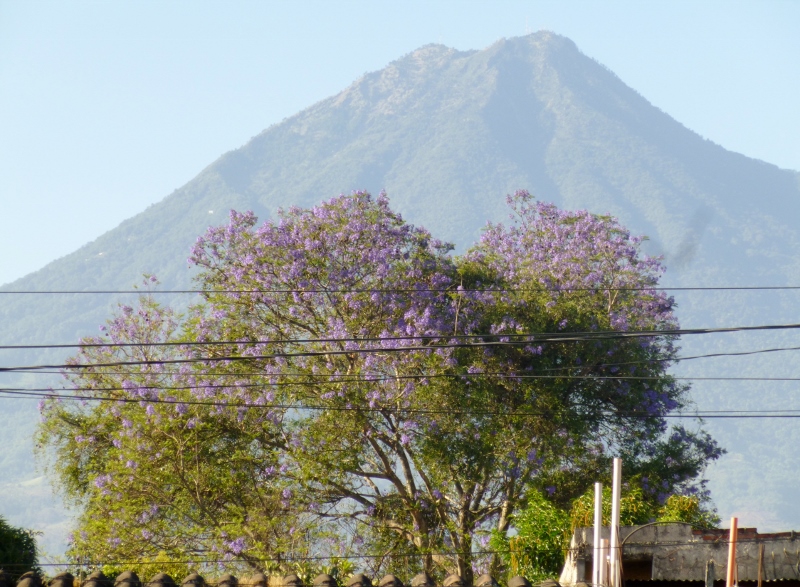 We were incredibly lucky to have timed our stay here during Lent as Antigua has the biggest Lenten and Semana Santa celebration in the world and the weeks leading up to Easter were filled with music, religious processions and alfombras.

Alfombras are sawdust “carpets” which are laid out on the cobbled streets in front of the family home or shop and have a variety of stenciled patterns, geometric and free form designs, made with colorfully dyed sawdust, flowers, fruits, vegetables and pine needles.

They were absolutely amazing and involved hours of tedious work to make.

These acts of devotion cost participants dearly in terms of time, money and effort: many people work all night to create their unique alfombra.

Each area of the city, and some of the surrounding villages, had its own procession over the weeks leading up to Easter with the faithful celebrants carrying enormous and incredibly heavy wooden platforms with the parish statues.

We spent the month of March waking up before dawn on the weekends, walking the streets, admiring alfombras and waiting with the early morning crowds in anticipation of the marchers. 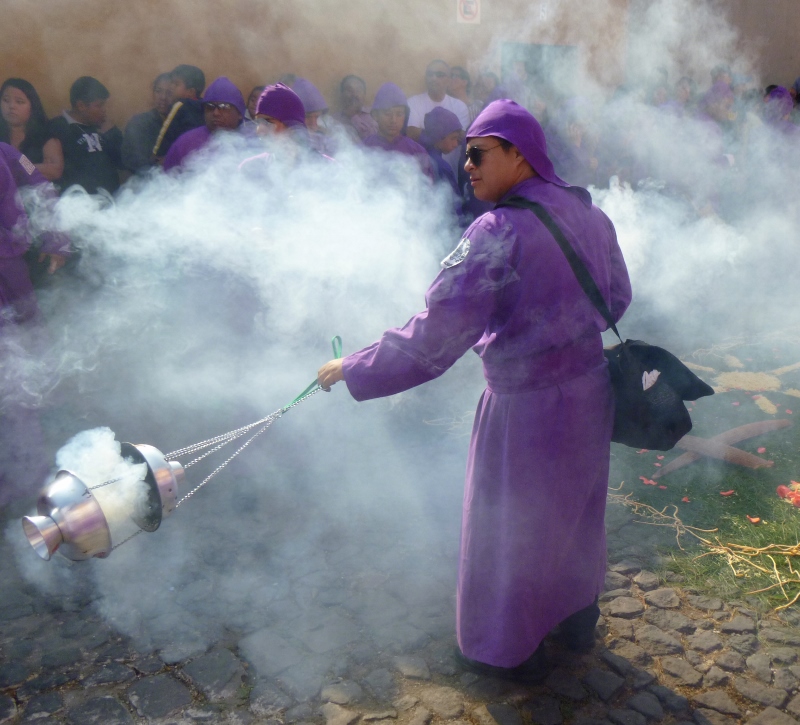 The procession would be preceded by music as the streets filled with the fragrant incense smoke from men swinging burners. The men, wearing robes of Lenten purple, and the women wearing dresses of black or white, would slowly pass by carrying the religious statues.

Good Friday – After the Crucifixion

They would make their way over the  cobblestone streets carpeted with the alfombras, trampling them to mounds of sawdust and debris. The bands with drums and horns would follow, signaling the end of the event and then the street sweepers would descend immediately to clean up the debris. Half an hour after the procession passed there’d be nothing remaining of the glorious alfombras.