Posted on August 10, 2013 by Anita and Richard @ No Particular Place To Go 8 comments

We’ll be leaving Antigua this week and heading to Rio Dulce and Livingston, Guatemala on the Caribbean coast and then into Belize again to renew visas. We’ve been here for over five months, much longer than the two month stay we had originally planned when we arrived to volunteer. Our lifestyle of slow travel came to a temporary stop when a chance meeting, our own flexible itinerary and a bit of serendipity landed us our first official housesitting gig for an additional three months.

What is it about Antigua that so captivates us?  Surrounded by three volcanos in the central highlands of Guatemala, it is a UNESCO World Heritage Site and one of the most popular tourist destinations in Guatemala. 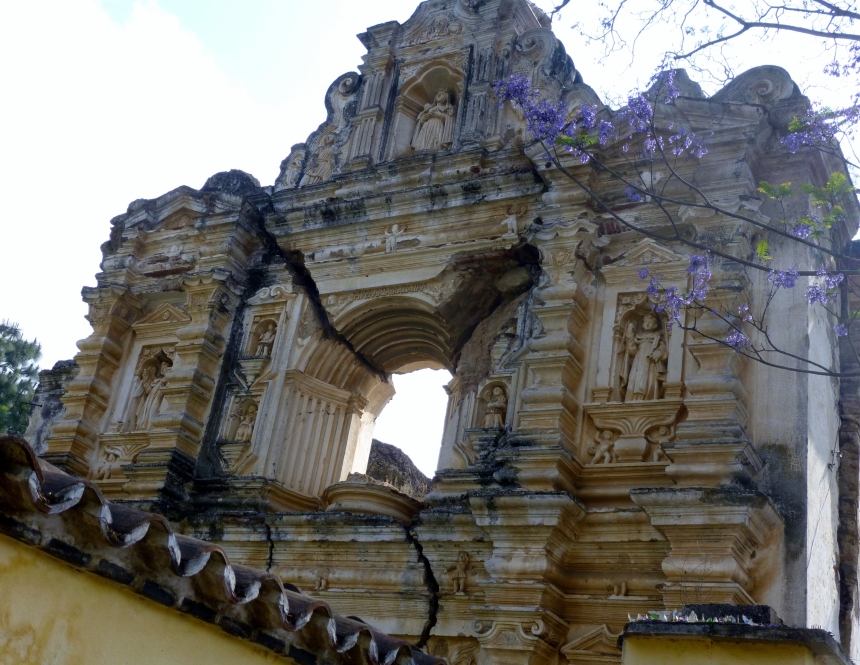 Founded in 1543 by Spanish Conquistadors the city was “the capital of the Spanish Empire in America” from the 16th to 18th centuries until, after a devastating series of earthquakes earlier in the 18th century, a major earthquake in 1773 destroyed most of the city and the Spanish moved their capital to Guatemala City.There are impressive and melancholy ruins of ancient churches everywhere one walks throughout the city as well as a multitude of beautiful Spanish colonial and baroque edifices still in use.

Antigua is a very compact city and it’s wonderful to be able to walk anywhere we want within thirty to forty minutes. However, the sidewalks can be uneven with little steps going up or down and very narrow in places forcing us to walk single file or even on the street. Traffic right of way and trying to cross a street can be a guessing game called “Pedestrian Beware!” since you can’t assume that the cars will actually stop for you. There are few street signs on the corners so, for those of us who are directionally dyslexic, finding and orienting yourself can be a bit of a challenge too. The streets are paved with cobblestones and, while picturesque, can be treacherous if you’re not paying attention.

And it’s hard sometimes to watch your feet when there are so many things to see. Most weeks have a celebration or procession and there’s always the live traditional band with trombones, tubas and huge drums playing in the late afternoon on Fridays at the Parque Central. Just sitting in a café or a bench in the park watching the people (tourists and locals) can provide colorful sights of interest and entertainment.

A couple in the park

The Antiguans are quite indulgent so long as you are respectful. They realize that tourists are the life-blood of the city and work to accommodate their desires. In return, we maintain the attitude of guests in their country, educate ourselves as to their customs and remain appreciative of their patience. This is rather simple when they routinely, and with great tact, help us with our struggling Spanish.

We have been fortunate to have been in other colonial cities; but it may be a time before we encounter another with the charming mix that brings La Antigua prominence. 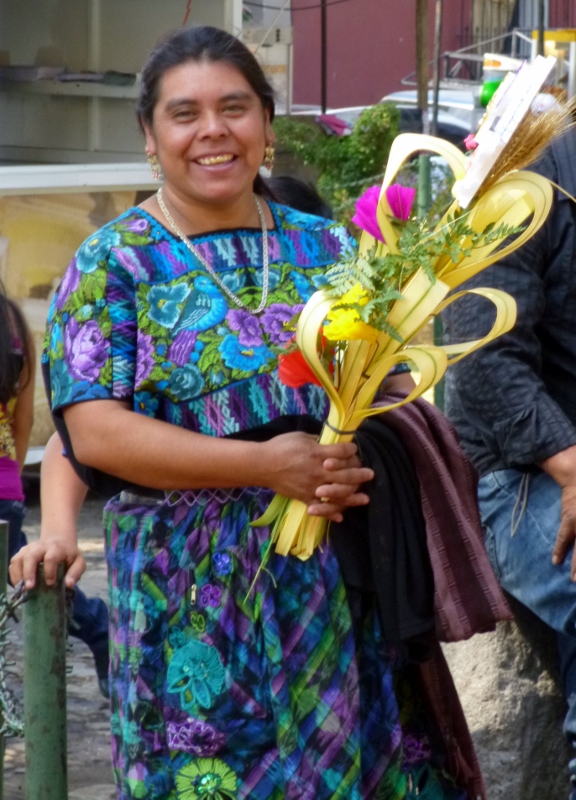