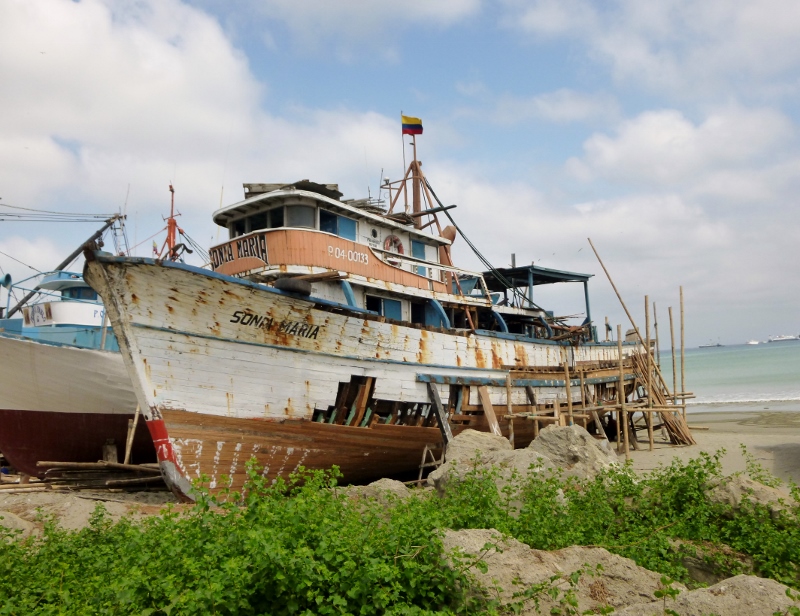 Wooden Ships, the song performed at Woodstock by Crosby, Stills, Nash and Young and featured on their first album, may well be remembered by many members of our generation. The ballad came to our baby-boomer minds when we first viewed the magnificent wooden yachts and fishing boats in various stages of construction, tear-down and refurbishing.  All the overhauling and building is taking place in dry dock on the sands near Playa Tarqui here in Manta. 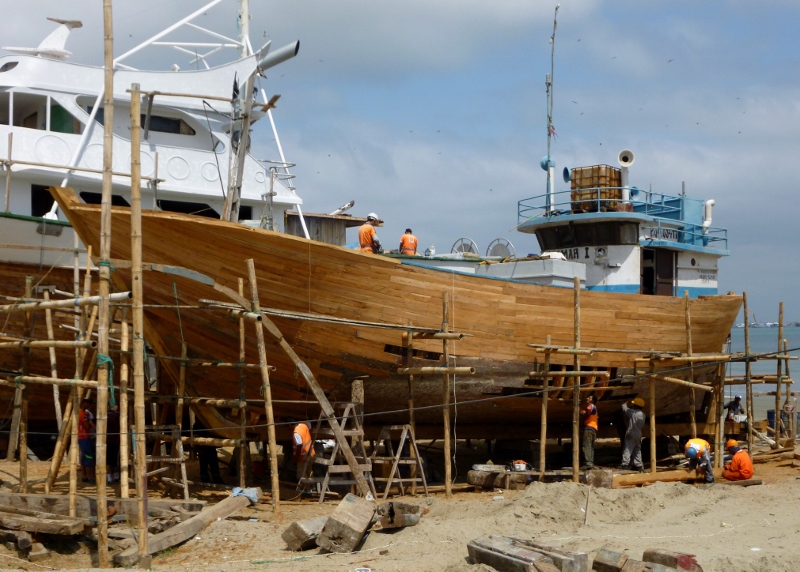 There does not appear to be a great deal written about these craftsmen or the work of the shipbuilders on the beach adjacent to the fish market. Manta, with an estimated population over 300,000, still feels like it’s not much more than an overgrown fishing village although it’s now a major exporter of tuna and other seafood within which a financial sector has flourished. So it’s logical to assume that the profession of building wooden ships has been known and practiced for generations, if not for centuries. 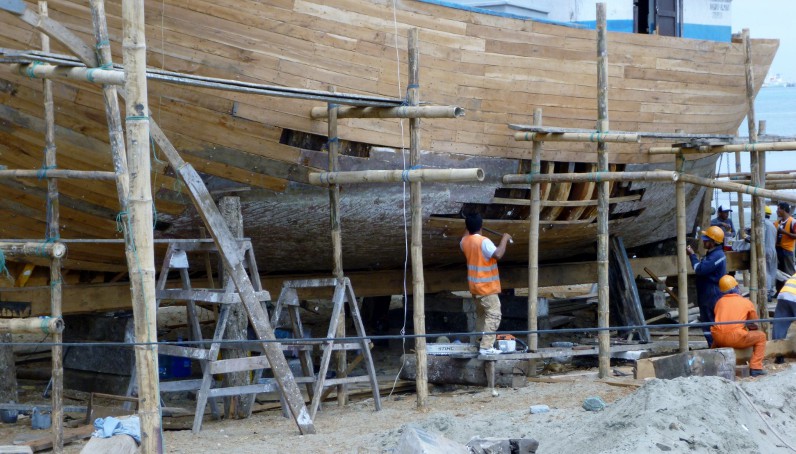 The current craftsmen still rely on hand tools. Chisels, hammers, adzes, awls, knives, machetes, nail sets and the like are wielded to work the wood to create ribs, hulls, decking, super-structures, etc. Some of the wooden beams and planks are machine milled but not to uniform dimensional lumber. The individual boards are selected one by one, measured and cut separately to match the adjacent plank and the gaps between are sealed by caulking. The beam and ribs are chosen for the grain with a natural bend being required and are slowly shaped so the main supports, to the extent possible, are intact pieces of lumber and not ones “sistered” or jointed.

To seal the spaces between the planks, the fibers of de-husked coconuts are used. These tough strands are roughly woven into a fibrous rope held taut between two men while being worked to form a sinewy caulking that is later covered by water repellant sealers. 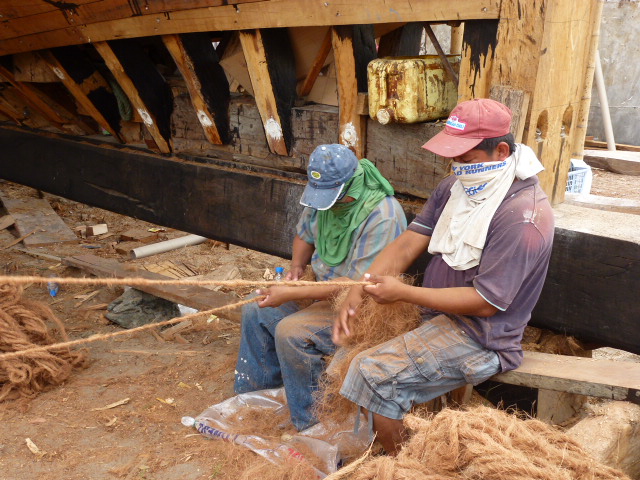 As a concession to modernity, a limited assortment of power tools are used in the construction including small chain saws. Some of the wooden ships and yachts, which are covered in fiberglass, require powered grinders and buffers for a finished application. These, alongside the Asociacion de Carpinteros de Manta of which the craftsmen are members, show that this native industry has kept pace with the times.

It’s been decades since the release of the song Wooden Ships; we’ve aged and changed and could even use some refurbishing of our own. And yet we have little reason to believe that much has changed here on the beach in Manta. Certainly the fiberglass coverings, the chainsaws and the associated electrical accoutrements are a more recent addition. But it’s not hard to imagine that the profession of building ships is passed down through the generations from father to son.  And there’s much to be said for the refurbishing of those ships that have been used well and meticulously restored to their former incarnations allowing them to go to sea once more. 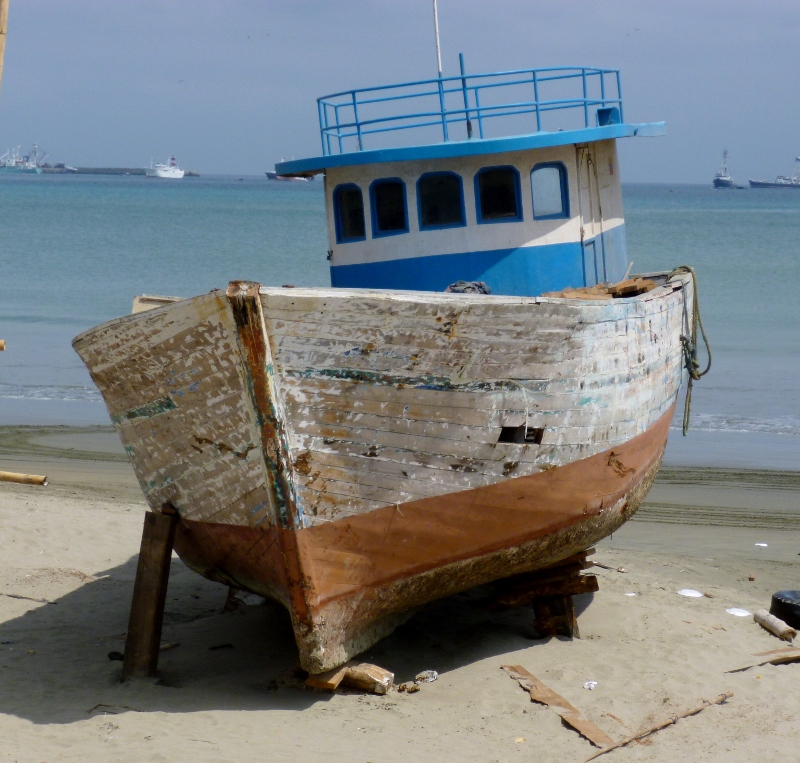 Special thanks to Al Eisele of mantaexpatsonline.com for permission to use his photos.