Both of us remember as kids piling into the family station wagon for Sunday drives to “see the scenery” and we both had the same thought: “B-O-R-I-N-G!”  Fast forward to present day and it’s readily apparent how much we’ve changed.  A road trip is a cornerstone of travel and the thought of a day spent exploring new towns and countryside can leave us with a sense of giddy anticipation. 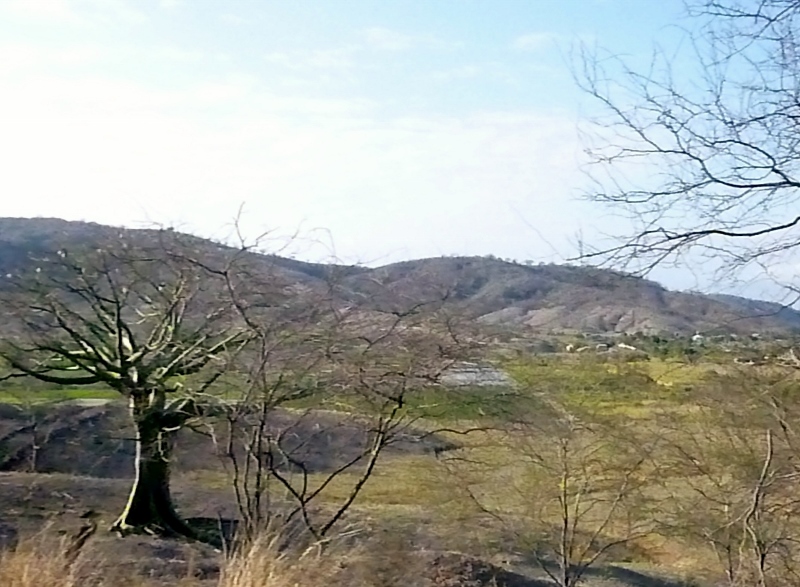 We headed north of Manta through a series of small “don’t blink your eyes or you might miss them” towns.  Because we’ve found that this area of Ecuador seems to be very aware of its image and protective of its environment, we were surprised when piles of garbage and random trash appeared dumped beside the road for a stretch of a few miles.  We spied a large landfill off to the side, servicing the large military reservation in the area, along the otherwise scenic route and once we left it behind we began to enjoy the views again.  Our favorite trees, the ceibos, appeared and we began wending our way through the low hills. 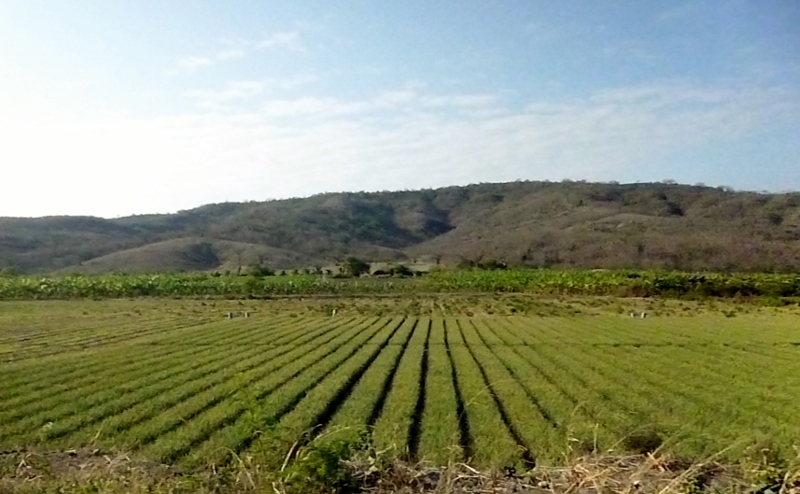 As we moved inland from the coastline we began noticing small farms of row crops, many with solitary or multiple workers bent over their tasks – stoop labor. Among the offerings we recognized were onions, maiz, pole beans alongside banana and plantains.  Picturesque rice paddies appeared with egrets scattered here and there in the shallow water near workers standing in the mud, hunched over and laboring at the work of tending their crop as in years gone by.

We arrived in Bahía de Caráquez, with an estimated population of 20,000.  As a coastal town situated at the mouth of the Río Chone, it’s a popular vacation destination for residents of Quito and Guayaquil and has begun to attract foreign visitors and retirees as well as investors in the last decade.  Tourism is a significant source of income and, with its high-rise condominiums and hotels located along the waterfront, this new, vertical construction has earned Bahia the nickname of “Little Miami.” Numerous fishing boats, pleasure boats and yachts of various sizes were moored at Puerto Amistad near the bridge which crosses the Rio Chone. 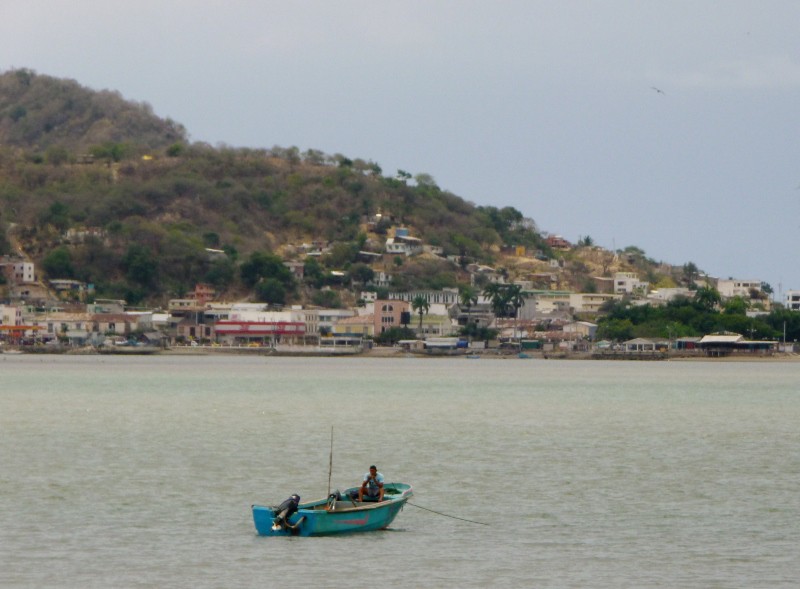 Because it’s a small town there’s not a lot to see but we had a terrific time looking for and taking pictures of the colorful variety of tuk-tuks and pedicabs. There is talk that a new mall with a modern grocery will be coming soon and this will reduce the need for the frequent trips to either Portoviejo or Manta for some basic shopping.

We crossed over the Los Caras Bridge, admiring the boats on the bay and drove through the small town of San Vicente which appeared to be largely ignored by tourists and no comparison to its wealthy neighbor. Here, as elsewhere through our journey, we noted the widespread use of bamboo as a construction material for houses, shops and many examples of split rail picket fences.

Passing by occasional roadside signs that counted down our longitude we reached our final destination, a little fishing village named Canoa (0°28’59.9″S 80°27’04.5″W).  Maybe because it was mid-afternoon or low season the few streets seemed almost deserted although it’s a popular tourist destination. Shops and small eateries lined the sandy street adjoining the huge expanse of golden beach that sold beachwear, souvenirs and basic groceries.  Surf lessons for beginners and intermediates were advertised and there were several of the obligatory surfboard shops and hostels as well.

And finally, it was time to feast on some amazingly fresh and cheap seafood at a little thatch-roofed beach restaurant while we admired the view of the Pacific Ocean, bluffs off to either side and scattered fishing boats along the quiet and almost empty beach.