Life’s a Beach: Chillin’ in Cartagena

Posted on January 24, 2015 by Anita and Richard @ No Particular Place To Go 41 comments 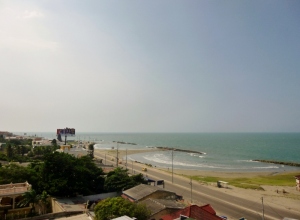 One of the first things we noticed about the swimming beaches that run along the Caribbean coast of Cartagena was their unique configuration. Where the natural shoreline and urban development allow, jetties have been built with spacing that permit the tides to wash in creating half-moon shaped beaches perfectly suited to water frolicking. The only thing that upsets the tranquility of the water is a strong onshore wind which raises the swell of the ocean but does not seriously deflect from the enjoyment of the folks on the beach.

At our favorite crescent shaped beach – our favorite because we had only to take the elevator to the lobby and walk across Avenida Santander – it was usually easy to rent a “tarpa”, a plasticized rectangle of blue or red fabric stretched over a movable metal frame to give shade. As we preferred to be there mid to late morning during the quieter weekdays there were usually about twenty to thirty of the canopied structures nicely spaced around our little swimming hole.   It set us back a couple of bucks but the fee was good for the day and they were rented by all because the sun would scorch you in short order. So if you weren’t in the water you were probably hunkered down in the shelter of your tarpa watching the fun going on about you.

The kids, naturally, loved the beach. Tiny toddlers, at first apprehensive, saw even tinier tots playing in the shallows, splashing and allowing the waves to chase them. It didn’t take long for them to warm up either to the water or the fun; the water was not bath water warm but just a few degrees south, delightfully cool during the heat of the day. So the kids, either with or without their folks at their sides, became the stars of the show. In their neon colored swim suits with their unbridled exuberance they flapped and flopped about in the gentle surf, masters of their domain.

The older folks joined in the fun, as did we, venturing out farther into the waves and, of course, we couldn’t compete with the gleeful enthusiasm of a kid.  But really, we all became kids inside whether we dove headfirst into six inches of water, buried a brother in the sand, built castles and dug holes or jumped through the waves. It was all done with shouts of triumph and laughter. 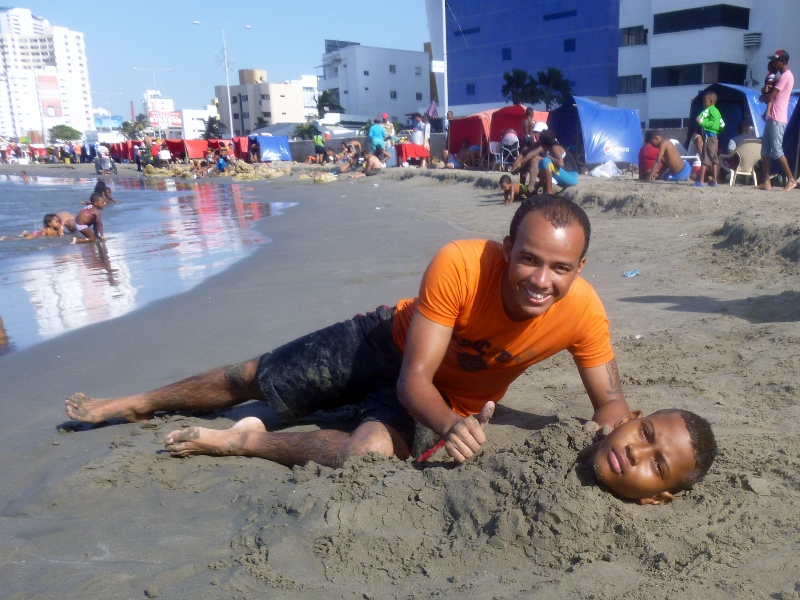 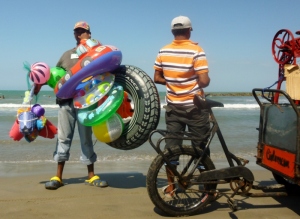 And then there were the unexpected players; those not decked out in beach togs. These were the worker bees, the

drones, the vendors and the hucksters, those who offered beach toys or souvenirs and outrageously priced massages as well as food and cold treats and provided for us as we frolicked in the sun or drowsed in the shade. For them, this was not a day at beach, this was their version of a day at the office. And while we knew that they had to make a living and checked out their goods we did little to abet their financial success on any given day. 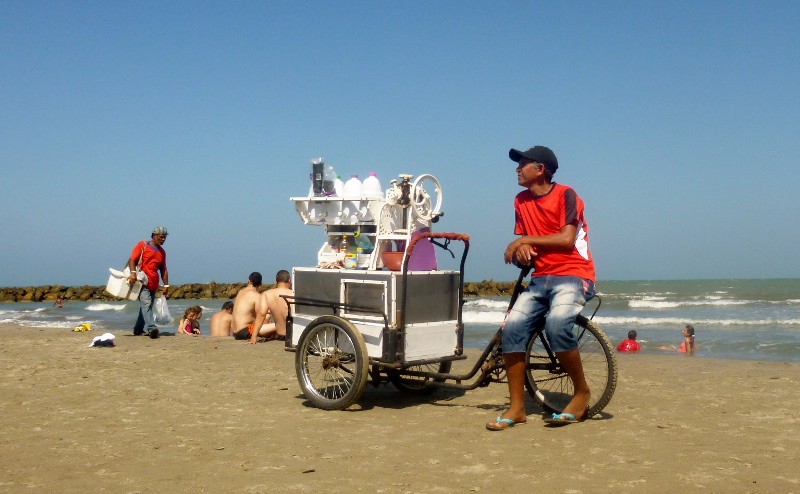