A Past Gone With the Wind: The Landhuizen of Curacao

Our imaginations and interest were immediately piqued on our first full day upon the island when our hostess casually mentioned the plantation houses of Curacao and pointed out a couple of these “kas grandi”  (great houses) during our introductory tour of the northwestern half of the island.  Architecturally unique to the Dutch Antilles, the landhuizen provided a backdoor to the culture and history of Curacao neglected in the discussions of the UNESCO World Heritage Site encompassed in the districts of Willemstad. 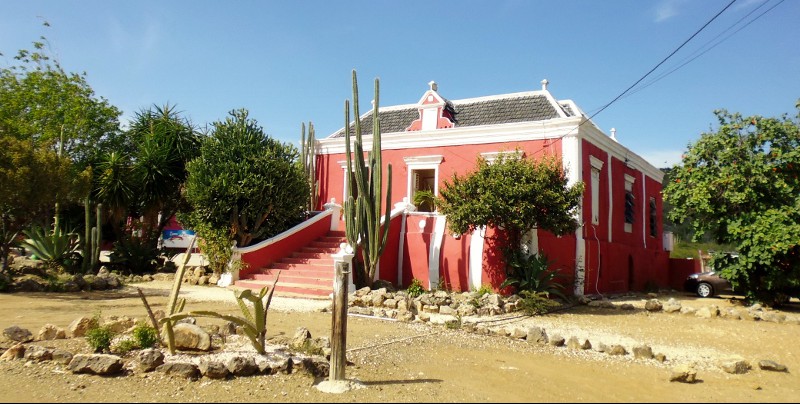 It was our good fortune that the first plantation we visited was the marvelously preserved Landhuis Kenepa, in Knip. Moreover, it was a museum dedicated not to the aristocrats who owned the plantation but to the slaves who built and toiled in the homes or under the glaring sun in the fields and salt flats of the owners. This intriguing structure highlighted the role of Sula (also known as Tula whose iconic image is seen throughout the island today) one of the leaders of a widespread, but ultimately unsuccessful, slave rebellion in 1795 which was brutally suppressed.

Our knowledgeable guide, Michalyn, sang soulfully in Papiamento, a pidgin tongue originated by the slaves and now one of the two official languages of Curacao.  The songs, passed down through the generations, spoke of a far-away homeland, day-to day cares, faith and future dreams and were sung by the slaves while washing clothing, grinding corn and other required labors. The foreignness of the tunes and language coupled with that of the isolation of the plantation lent an ethereal quality to the restored house now furnished with a mix of artifacts of the master’s costly possessions and the slave’s scant belongings, work tools and handmade musical instruments.

The first mansions were built in the 17th century as the focal point of the plantation, surrounded by outbuildings and warehouses and, at their zenith, there were over one-hundred landhuizen on the island. They were built upon large foundations which provided a platform, or veranda, at the front and rear of the house and were usually built on hill tops so that the manor overlooked the plantation.  From this lofty vantage point the home was cooled by the sea breezes flowing through the open doors and windows on both levels. This location also allowed the plantation owner, the shon, to observe the workings of slaves and the overseers from the verandas and the elevated location provided a direct line-of-sight with at least one other landhuis to allow for signaling in the event of an emergency – say a slave uprising. 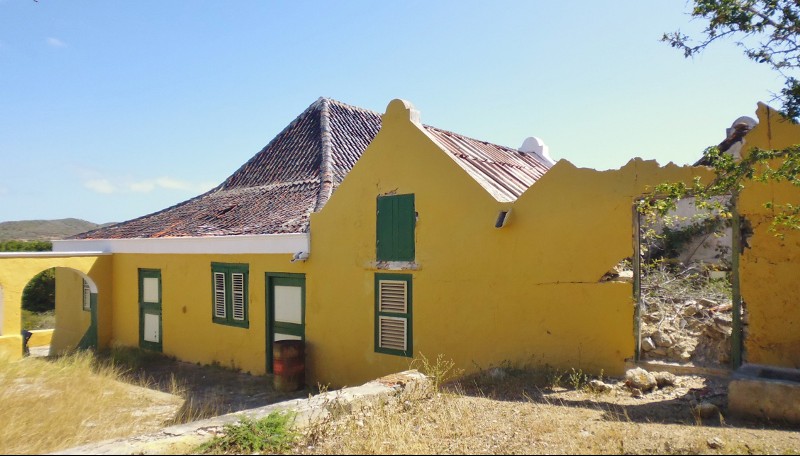 Landhuis San Juan neglected and in need of restoration – 1662 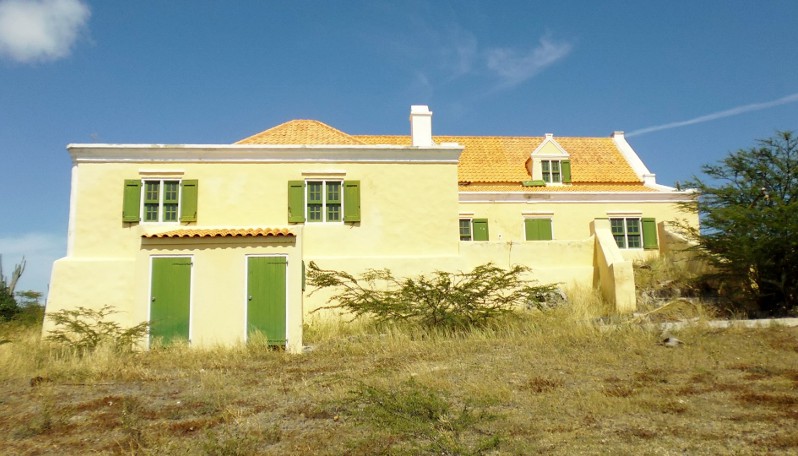 The abolition of slavery in 1863 signaled the end of this period of domination. The system died a slow death, hanging on through a familiar pattern of share cropping, where the former slaves, for lack of other options, exchanged their labor to maintain the plantation for plots of land to tend for their personal use and erect the now historic Kunuku houses. However, the times and the markets gradually gave way to the arrival of Royal Dutch Shell and employment in its refineries and the related service sector in the early 20th century.  The whole landhuis edifice began to crumble with the owners and the workers moving into the city of Willemstad, to the Punda, Otra Banda or Scharloo districts depending upon their circumstances.  They began to build a social order free of the colonial plantation system. 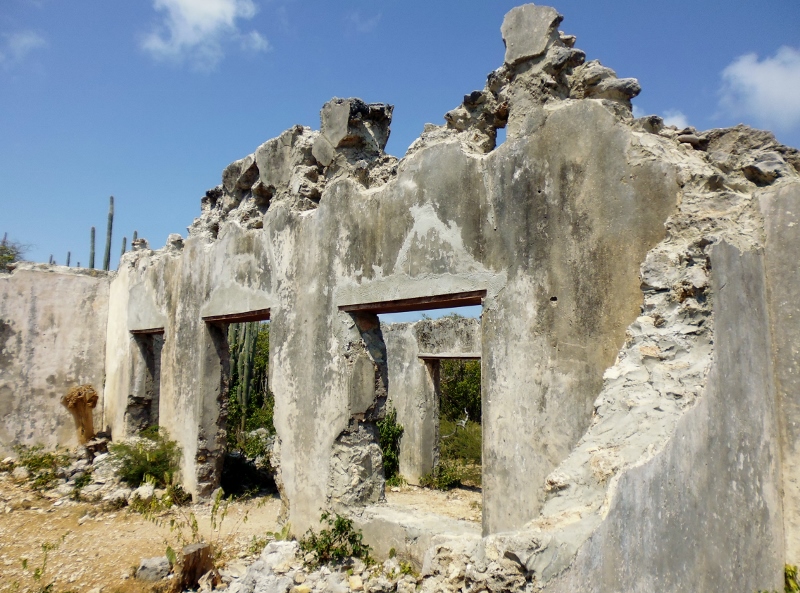 The manors themselves began to fall into disrepair. The intercession of the Heritage Foundation, a national governmental organization, and private individuals has managed to conserve about half of the original larger plantations; roughly 55 are still extant. Others, scattered around the island, are in various stages of disrepair, neglect and destitution with little hint of their former grandeur while nature moves to reclaim her own. 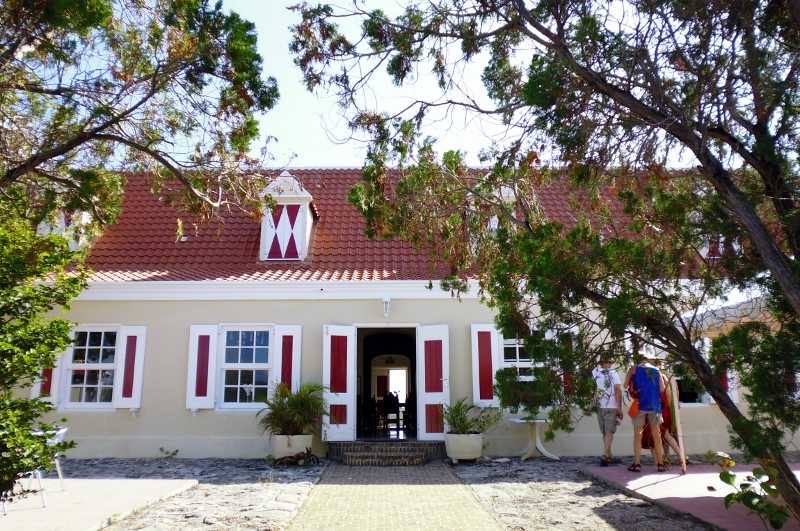 Our visits to several of the landhuizen expanded our understanding of both the history of slavery and the plantation system but also exposed us to the wonderful utility of which these remarkable relics have been converted.  While some are still private homes many have been transformed into museums, art galleries, restaurants, small hotels and commercial business interests, including at least one distillery.   These plantation houses with a brutal history mired in slavery, presented us with a unique opportunity to augment our perception of colonial Curacao and the living history of the landhuizen.