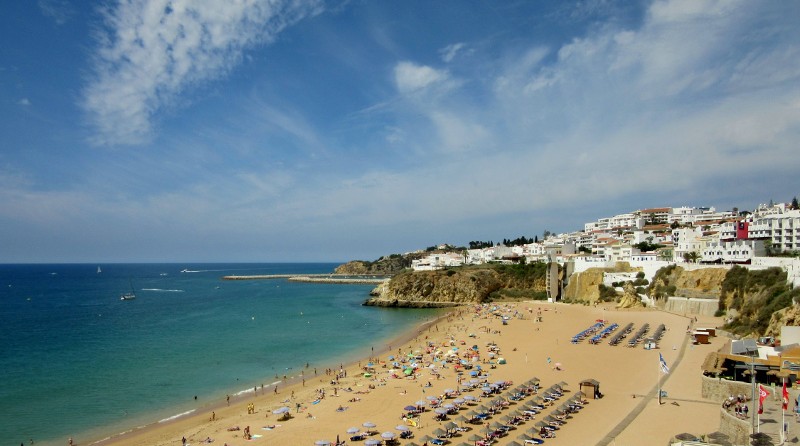 Mention that you’re planning a visit to the Algarve Region of Portugal to most Europeans and they’ll nod knowingly and remark upon its reputation for having some of the most beautiful beaches in Europe. 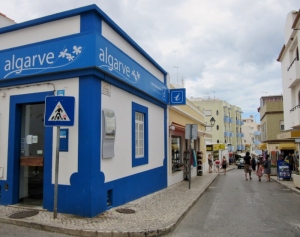 Mention that you’ll be going in the months of June and July to a native Portuguese and they’ll comment on the rates which increase two to threefold during the high season as well as the influx of people from all over Europe which triples the off-season population of approximately 500,000 permanent residents.  In Portugal itself, the coastline is THE most popular holiday destination and it’s estimated that up to ten million people (Portuguese as well as millions of foreign visitors) vacation in the Algarve Region annually.  It’s difficult to find affordable accommodations in June, harder in July as rates do a quick upward tick and by August, the pinnacle of the tourist season, it’s almost impossible.

But, since we had to be somewhere in Europe during the early summer months and we’d read enough about the Algarve to pique our interest, we grinned bravely while looking at the rental bill, gulped a bit as we handed over our money and landed in the municipality of Albufeira, almost dead in the center of the Algarve coast.

We never quite got the pronunciation of the sleepy little parish where we stayed, Ferreiras (Fer-RARE-as) correct but we developed a real affection for this wide-spot-in-the-road of 6400 souls (we weren’t quite sure where they all were) with a round-about that sorted people into four different quadrants and a charming railroad station (circa 1918) from which we shuttled east and west across the southern coast every few days to view a different destination.  Located about 3 miles from the Atlantic Ocean, the surrounding countryside of Ferreiras is mainly agricultural with almond, fig, olive and carob trees.  Gorgeously juicy oranges were abundant in the orchards and a bagful, sold at the side of the road, could cost as little as a Euro alongside some of the biggest lemons we’d ever seen. 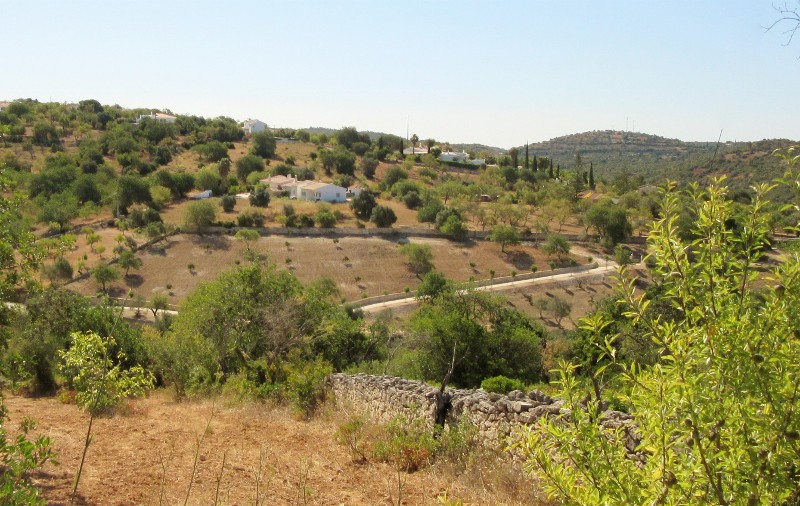 Since we were in the middle of the Algarve Region we were never at a loss to find a place to visit among the fifty plus parishes, villages and little towns dotting the coast and interior like undiscovered pearls with their Roman ruins and ancient bridges still being used to this day, castles, mosques built by the Moors, centuries old churches and walled cities.  And of course, the Algarve’s hundreds of beaches, gracing the approximately one-hundred mile coast with their fine white and golden sands and coves, clear waters in vivid shades of turquoise and aquamarine, stunning rock formations and limestone bluffs that ranged from worn smooth and subtly colored to rugged precipices pocked with caves and hidden grottoes accessible only by water. 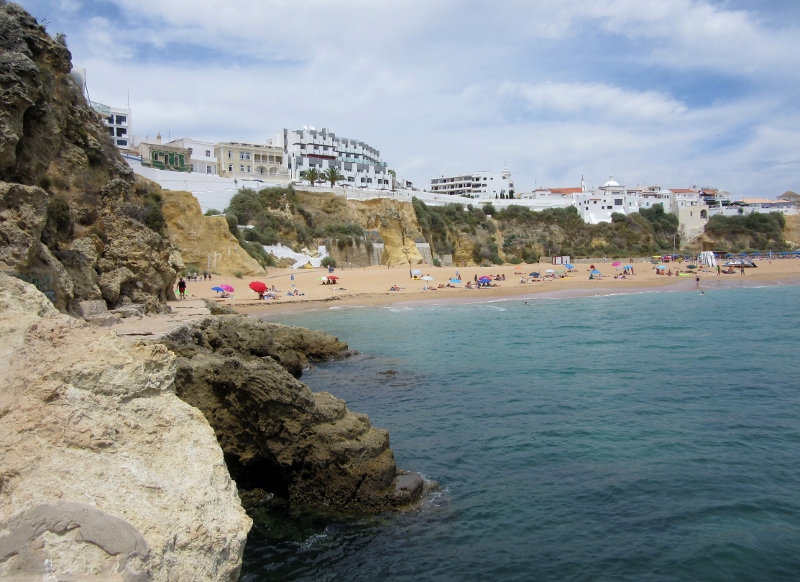 A favorite day trip of ours by bus and only 4 kilometers away was the municipality of Albufeira, famed for its 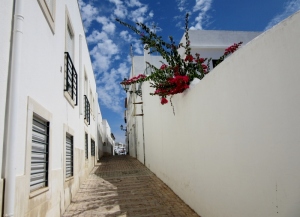 beaches and one of the most popular coastal destinations in southern Portugal since the 1970’s.  Originally it was a fortified Roman city, later occupied by the Moors (who gave the city its present name) for several centuries and then a quiet fishing village for hundreds of years.  The heart of Albufeira is its old historic town with dazzling whitewashed buildings silhouetted against an intensely blue sky and mazes of steep and winding, narrow streets leading down to the sea.  Alongside the cobbled streets are cafes, shops, bars and bistros and a central square, Largo Duarte Pacheco.  Spreading out from the old town are tourist accommodations for every budget including ultra-posh resorts, five-star hotels and residential homes and condos as well as a recently built marina. 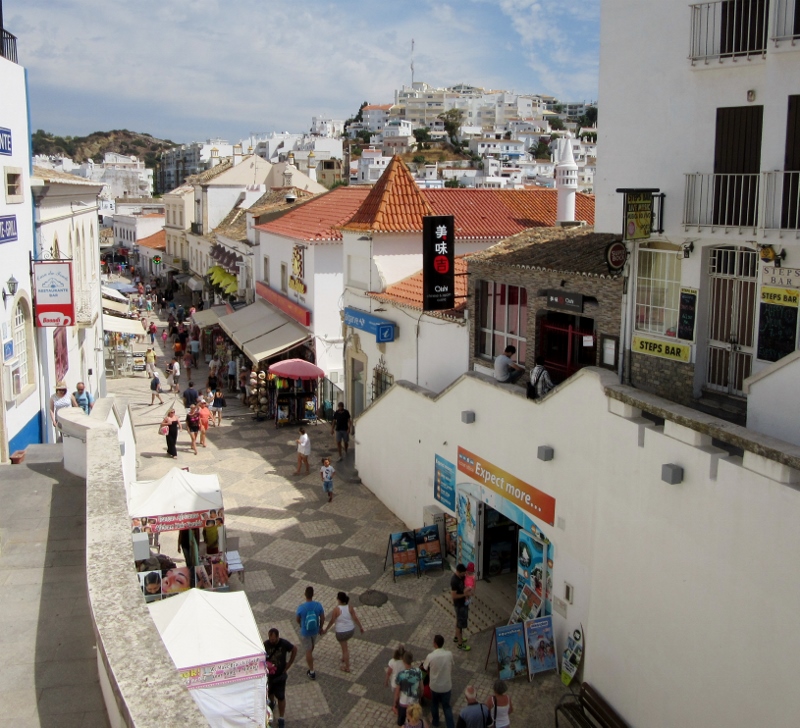 Several outings to Albufeira to wander its charming streets, visit its beaches and people watch at the outside cafes were always topped with meals of local dishes like razor clams and rice, freshly caught fish such as grilled 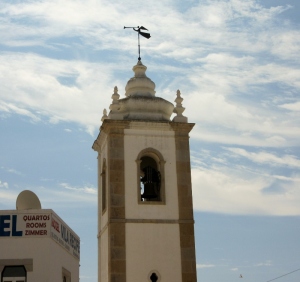 sardines and sea bass, roasted piri-piri chicken, spicy from the peppery sauce and the mouth-watering seafood dish we ordered whenever we saw it on the menu, cooked in a large copper pot, called Cataplana.

We may have hesitated initially at paying the inflated rates for accommodations during the summer season but the Algarve Region has us convinced that the Portuguese know how to celebrate the simple pleasures of life.  Everywhere we went we were welcomed by people who smiled and spoke a few words of English during a transaction or tried to help us with our mangled Portuguese pronunciations.  And the beautiful countryside, beaches, historic landmarks and an abundance of fresh food beautifully prepared were always near by.  We’re convinced that the Algarve Region lives up to all the hype and acclaim and is well-worth a visit at any time of the year. 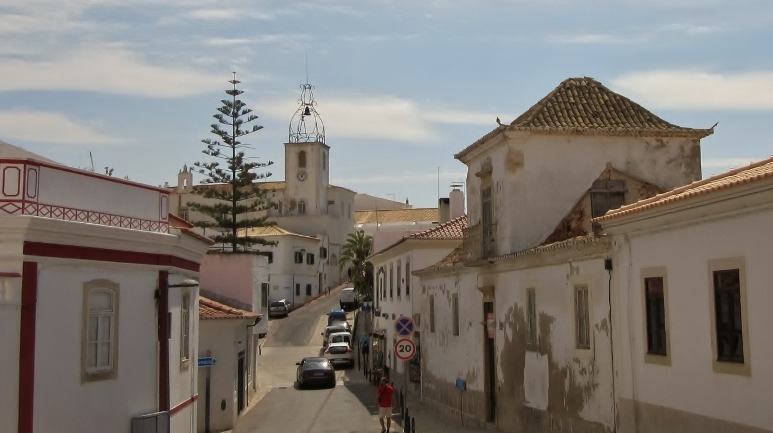