Them and Us: Mitzvahs and The Danish Jewish Museum of Copenhagen 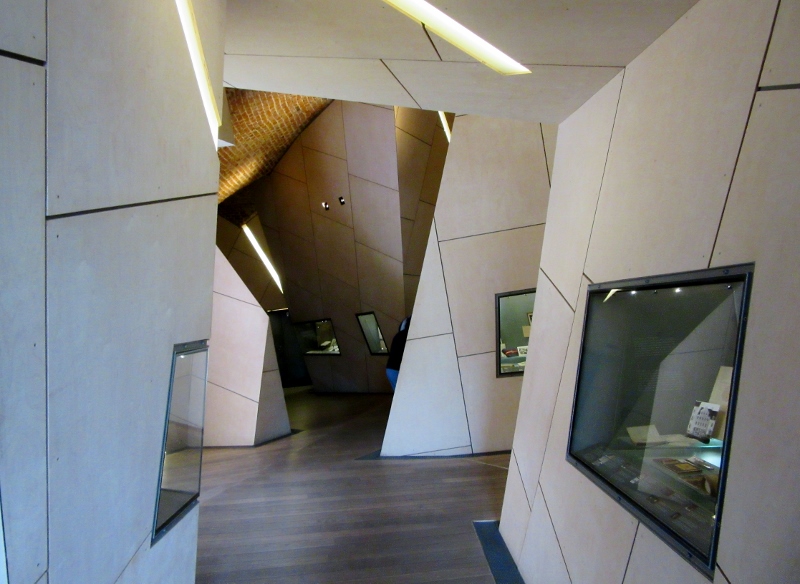 It’s a small space, consisting of three oddly shaped rooms, starkly modern and contrasting sharply with the building in which they are housed on the ground floor of the seventeenth-century, ivy-covered, brick building that was once the Denmark Royal Boat House.  The walls are not square, the floor is not flat and the severe angles and planes of the geometric spaces, passageways and vaulted ceilings have you tilting slightly as you move about the museum.  The design, by Polish-American architect David Libeskind, is based upon the four Hebrew letters spelling Mitzvah. Translated into “A good deed” or “The duty to do the right thing ” the museum has an inspiring story to tell: the rescue of the Danish Jews in October of 1943.

Although a lot of the focus of the museum is on World War II, this is not a museum that emphasizes the horror of the Holocaust.  Instead, this museum begins its story in the seventeenth century when the Danish King hit upon an idea to improve the country’s economy and extended an invitation to wealthy Jews in many countries to settle in Denmark. (We couldn’t help but notice a parallel to many countries today who extend “Golden Visas” to wealthy applicants willing to buy property or invest in the economy in exchange for a visa.)  Many Jews, seeking more opportunities or fleeing pogroms and rampant anti-Semitism, accepted the offer.  In Denmark, they were allowed to practice their religion and were able to move about freely rather than live in designated areas (ghettos) common elsewhere in Europe.  In exchange for these autonomies and for agreeing not to compete with the established professions, the selected Jews were granted entry. The immigrants were encouraged to engage in other trades, such as textiles and tobacco production, marketing coffee and tea and trading fur and hides as well as financial activities like collecting fees for the national lottery.  Over the centuries, and with the occasional influx of new Jewish immigrants, the Jews assimilated into the country, interweaving their culture and traditions, intermarrying and living peacefully and prosperously as respected Danish citizens. 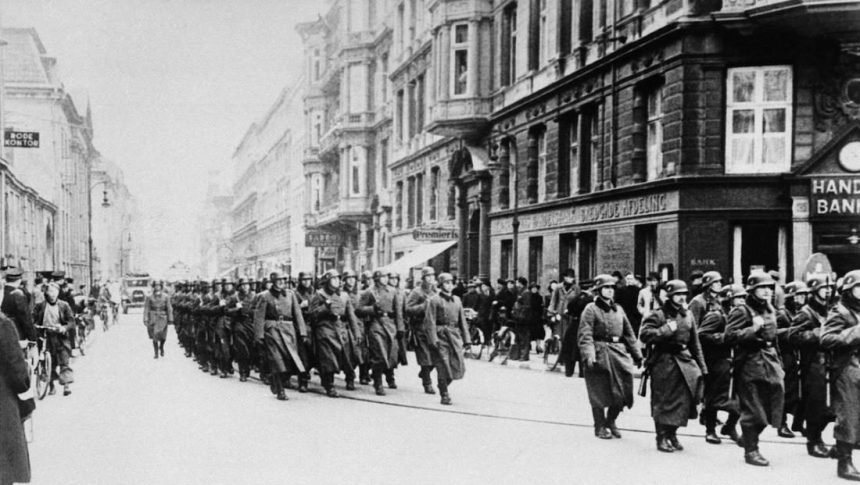 All that was threatened with the German invasion of Denmark on April 9th, 1940. In the space of a few hours the Danes conceded to the inevitability of Germany’s superior force and, hoping for a peaceful occupation, entered into a period of cooperation with the enemy.  The King retained his throne while many sectors of the government were still allowed to operate.  But, right from the beginning, Denmark asserted repeatedly that “special measures” and attacks against her Jewish citizens would not be tolerated and time after time denied any “Jewish problems.”  Incredibly, the Germans, who valued the meat and agricultural products that were shipped from their “model protectorate” back to Germany and didn’t want to jeopardize the precarious balance, backed down.  While deportations of Jews from the rest of occupied Europe to the concentration and death camps began in March of 1942, the Danish Jews were unbelievably free to continue a more-or-less normal life under the German occupation for a while longer. 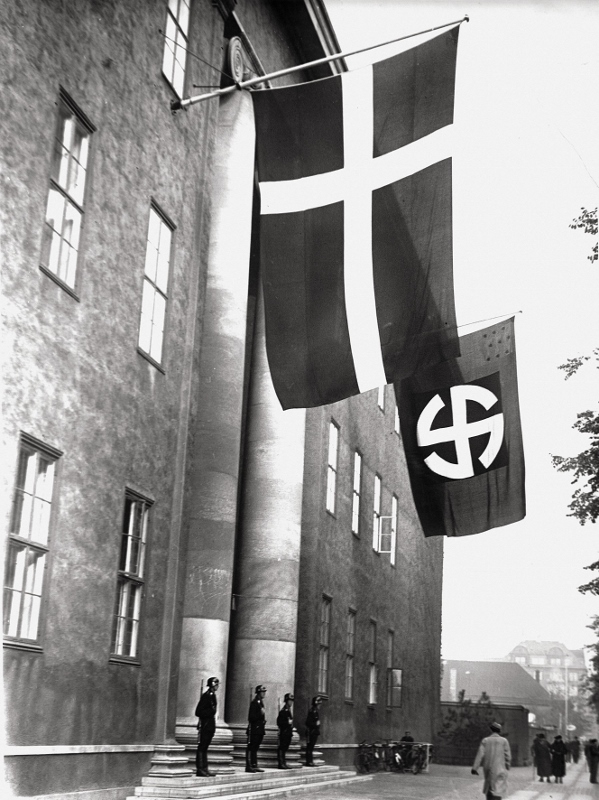 Danish and Nazi Germany flags fly side by side Source

By the summer of 1943, however the cooperation between Denmark and its occupiers was wearing thin as most Danes believed that an Allied victory was imminent.  The Danish resistance gained momentum, labor unrest and strikes spread throughout the country. Several German military targets and businesses cooperating with the Germans were sabotaged by the underground resistance movement. The Germans clamped down, arrested several prominent Danes and, by the end of August, martial law and a curfew were in effect.  The period of cooperation was over and, for the first time since the German invasion, Denmark’s 7,800 Jews were at great risk for deportation.

But here’s where Denmark’s story becomes unique when compared to much of the rest of Europe and the Mitzvahs deserve to be counted and remembered. 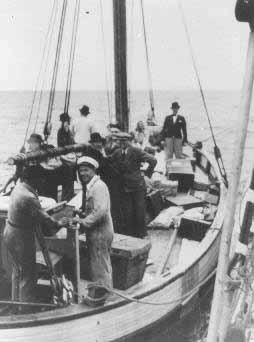 At the end of this extraordinary endeavor there were about 580 Danish Jews who remained in the country and some of these stayed in hiding until the end of the war, died in accidents or committed suicide.  The majority however (464 people) were captured by the Germans and deported to Theresienstadt, a concentration camp in German occupied Czechoslovakia.

In the news, we hear and see devastating examples of the hatefest called THEM versus US daily.  It was heartwarming as well as inspiring to learn about a small country that displayed formidable courage and performed multiple Mitzvahs: a country that remembered its duty to do the right thing in small kindnesses and large deeds and stand up for its most vulnerable citizens.

Note: In the end, the Jews of Denmark had the highest survival rates in Europe following the war (greater than 99%) and Yad Vashem, the international organization which researches, documents and commemorates the Holocaust, records the remarkably low number of 102 Danish Jews who lost their lives to the Germans during the war.